A Bill to Increase Medical Providers For Senior Citizens, supported by the Colorado Center for Aging is signed.

SB21-158, is a new law aimed at incentivizing physicians assistants and nurse practitioners who specialize in geriatrics to come to Colorado.

Right now, there are just 89 geriatricians in the entire state for 1.3 million Coloradans aged 60 and older. The bill provides $400,000 in loan forgiveness next year for those medical providers who are willing to practice geriatrics in underserved communities. 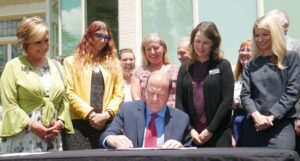 Attendees  at the signing of SB21-158 included: 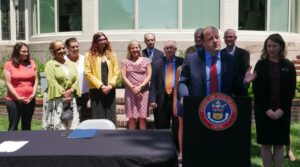